When the owners of Bob’s Seafood Restaurant in Windham, ME decided that they were going to make a long term investment and grow their business from a small but very successful seasonal seafood market and BYOB takeout restaurant with some outdoor seating to a full service, year round restaurant with indoor seating, full bar, and expanded menu, they chose Burr Signs to assist them in designing new, attention getting signage for their new building.

Over the years, Bob’s had already developed a loyal following among locals and seasonal residents of the lakes region, but they wanted to enhance their signage to reflect the major changes to their operation.

Through the course of several meetings and consultations, a final design was decided on. The new Tap Room and the newly expanded Seafood Market would get internally lit, push through acrylic signage that really “pops” at night. To tie the Seafood Restaurant and Tap Room into to the Seafood Market Bob’s owners asked for a nautical theme that also highlighted lobster, and that could be mounted between the two sections of the business. A 10′ long lobster holding a ship’s wheel was chosen to pull everything together. The lobster has become a back drop for many tourist pictures!

Lastly, to get the attention of passing motorists, a large pylon display sign was installed by the road, which also incorporates the lobster and ship’s wheel theme. In addition, Bob’s decided to invest in an Electronic Messaging Board that allows them to display daily specials, nightly entertainment, promotions, or their freshest catch of the day.

The new Bob’s restaurant has been a resounding success. We are grateful to them for putting their trust in Burr Signs and wish them many years of success! We are proud to have played a small part in the growth of their business. 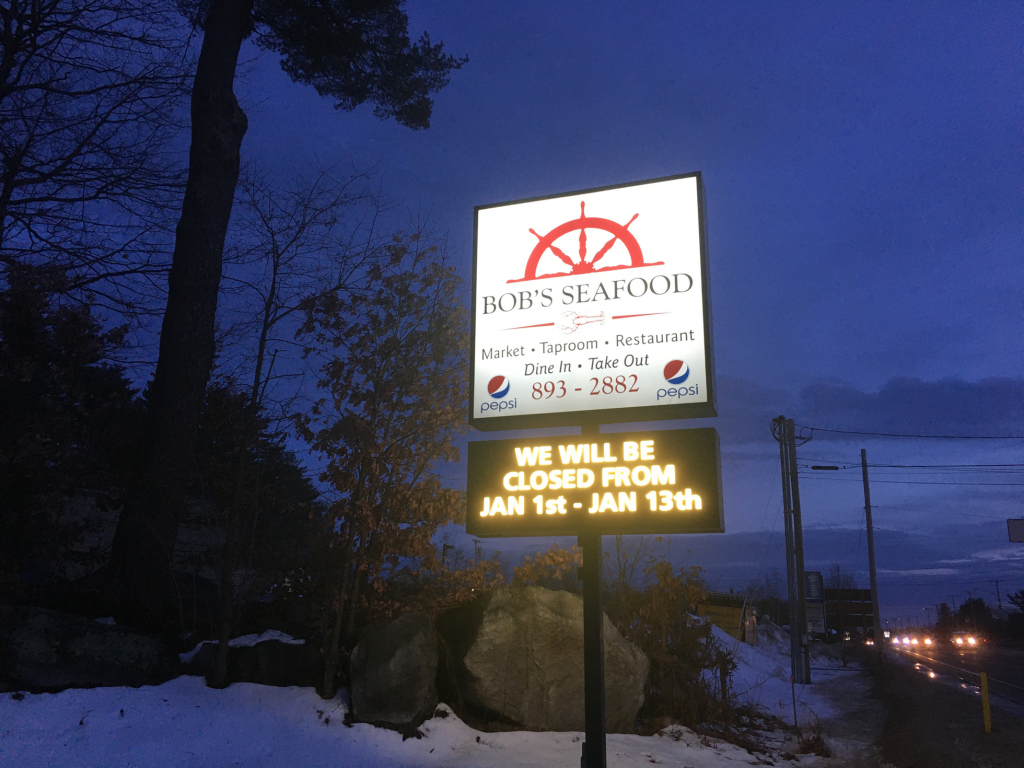 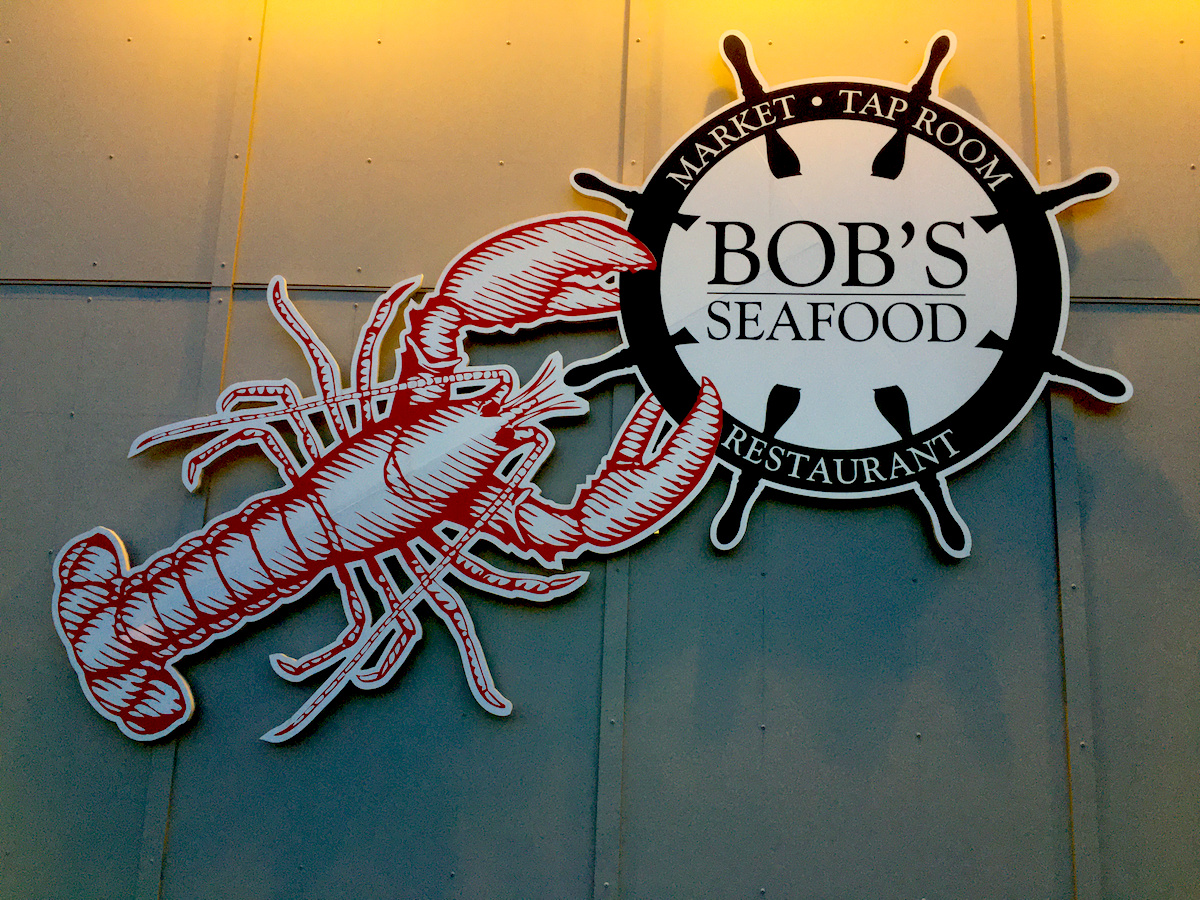 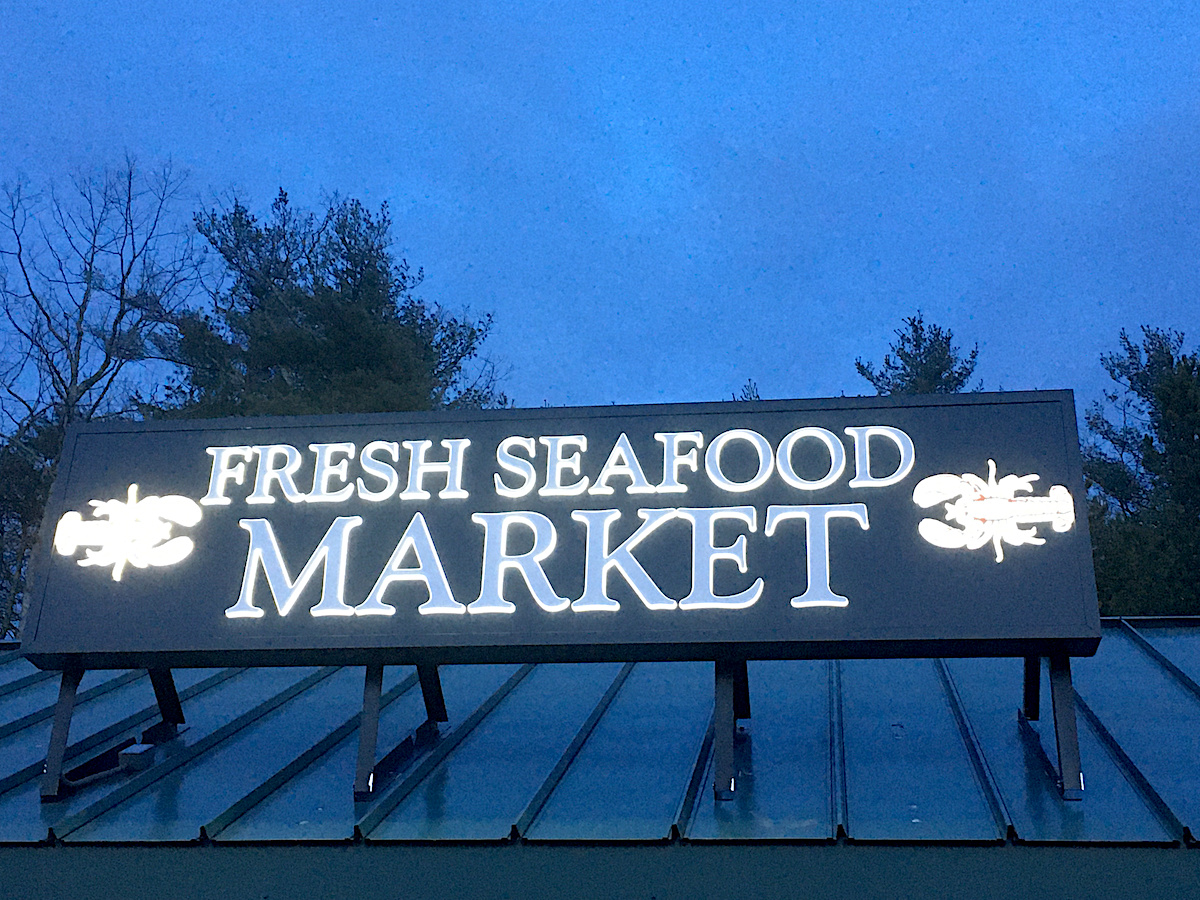